A weekend at Valvoline Raceway- Sydney

This was my first opportunity to photograph a car race. For safety reasons, the entire race track was fenced and the challenge was to get photos without the fence appearing in the image.
All photographs were shot with a telephoto at or near 400mm with f/5.6 aperture. The minimum focusing was kept at 6.5 meters and I ensured that I was less than 6.5 meters from the fence. 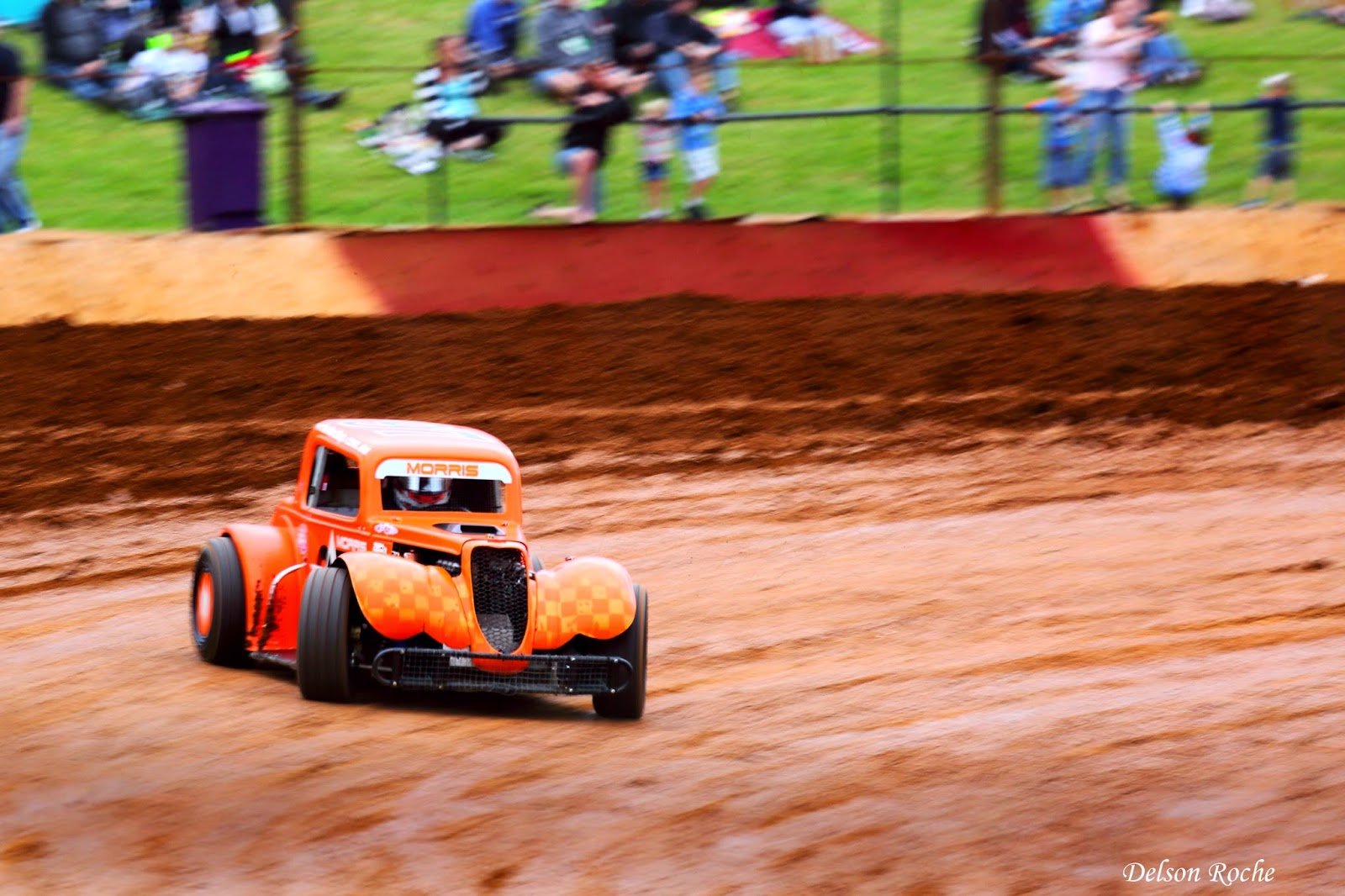 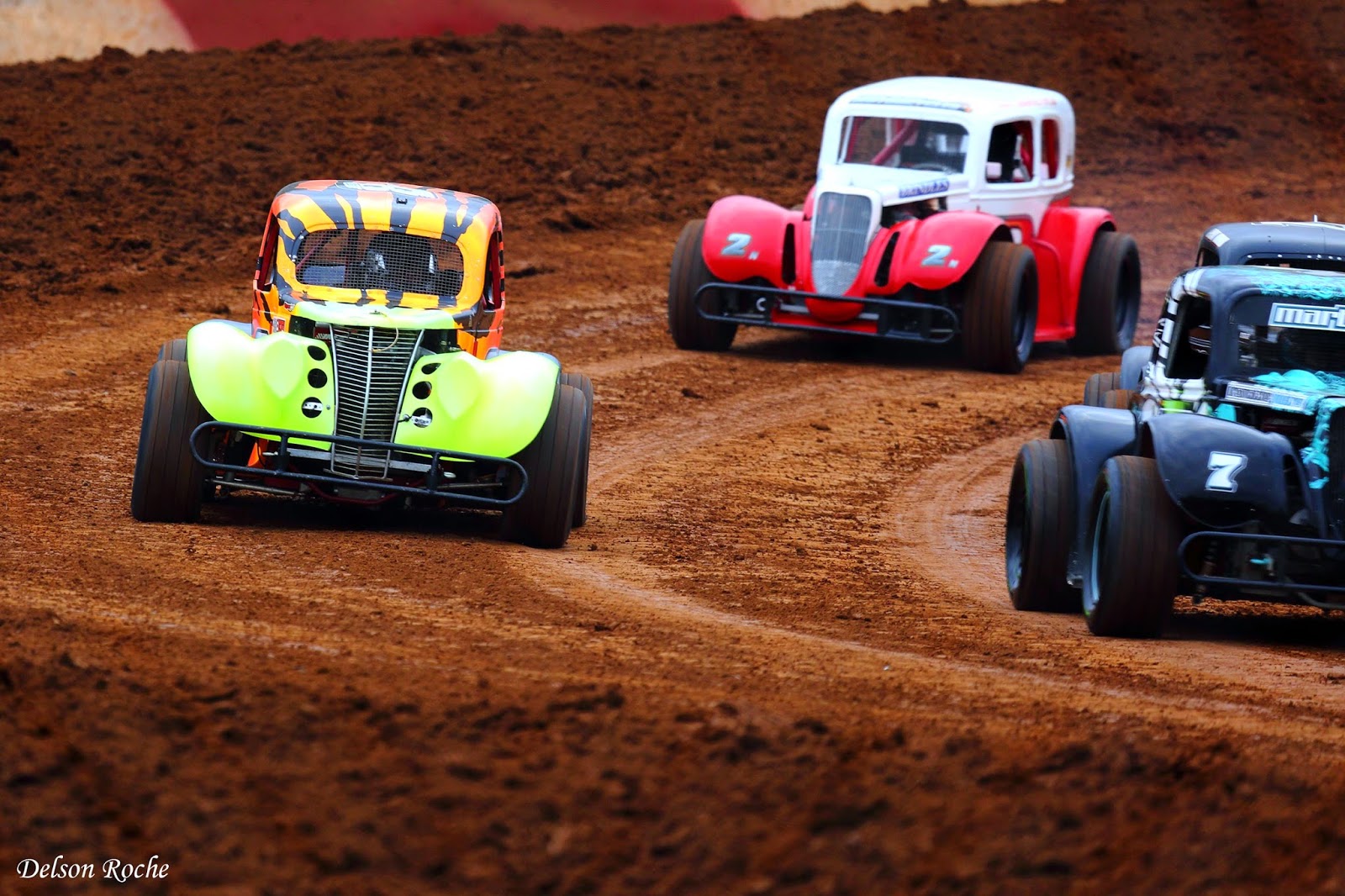 Above are two photographs of Legends car racing; designed primarily to promote racing and to keep costs down. The bodyshells are 5/8-scale replicas of American automobiles from the 1930s and 1940s, powered by a Yamaha motorcycle engine. Photographed around twilight time, by staying less than 6 meters from the fence I ensured that the camera's auto-focus ignored the fence. 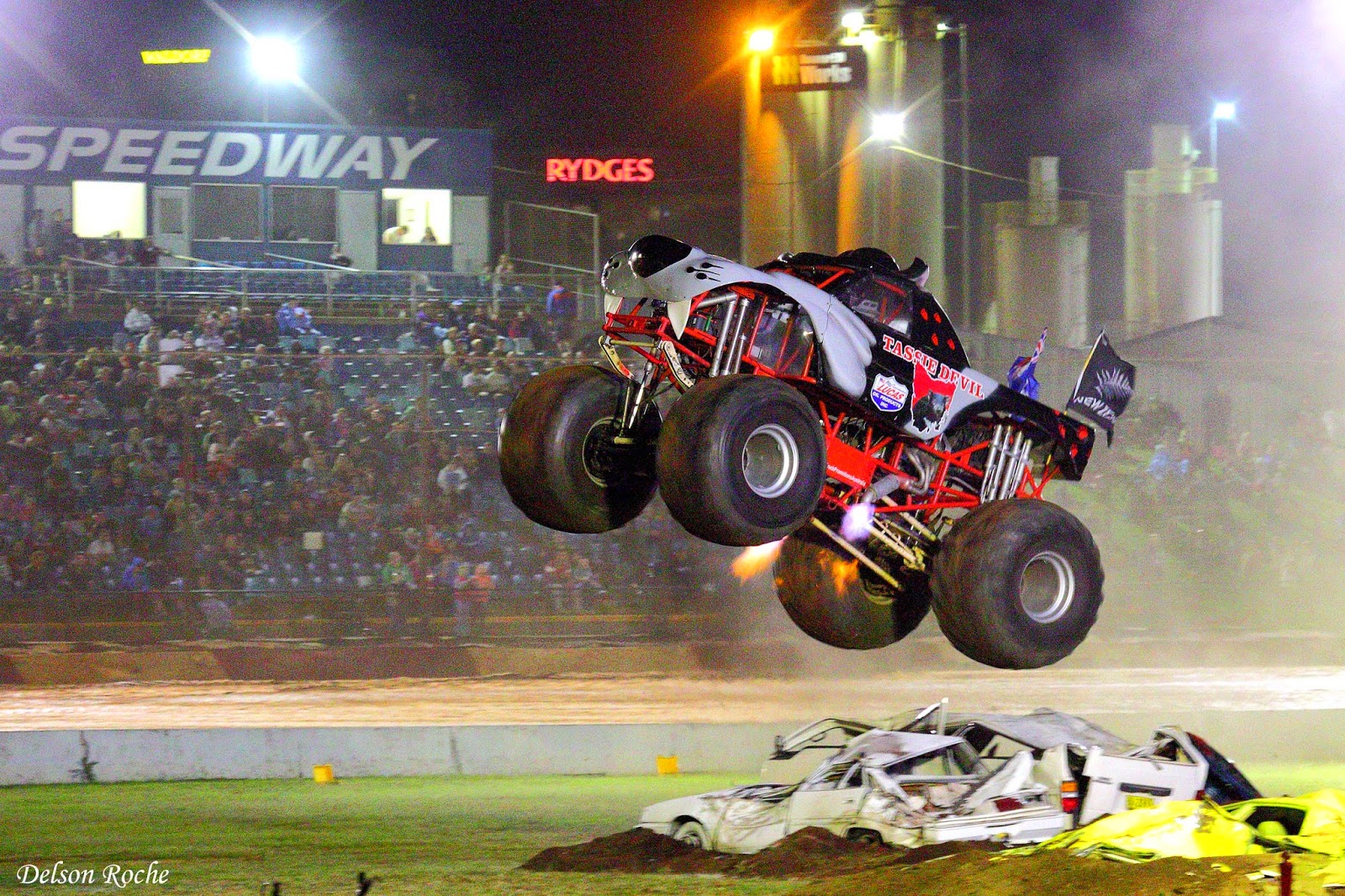 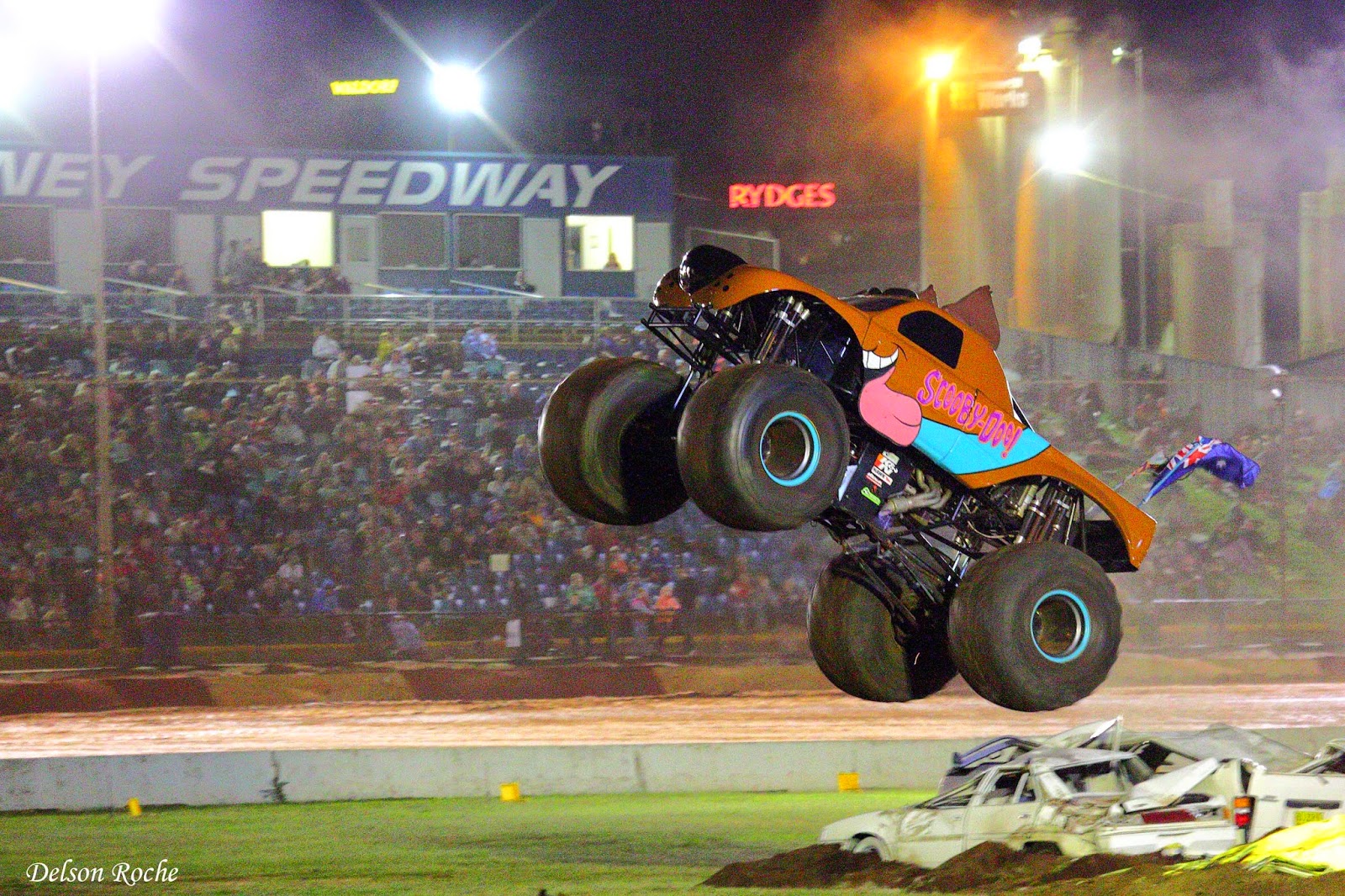 Two cars from the Monster truck contest. From my position, there were light poles obstructing the obstacles on the course. There was one area though, which was not obstructed; unfortunately this area was inadequately lit. Hence I had to shoot these Monster trucks at 10000 ISO to get some reasonable sharpness. 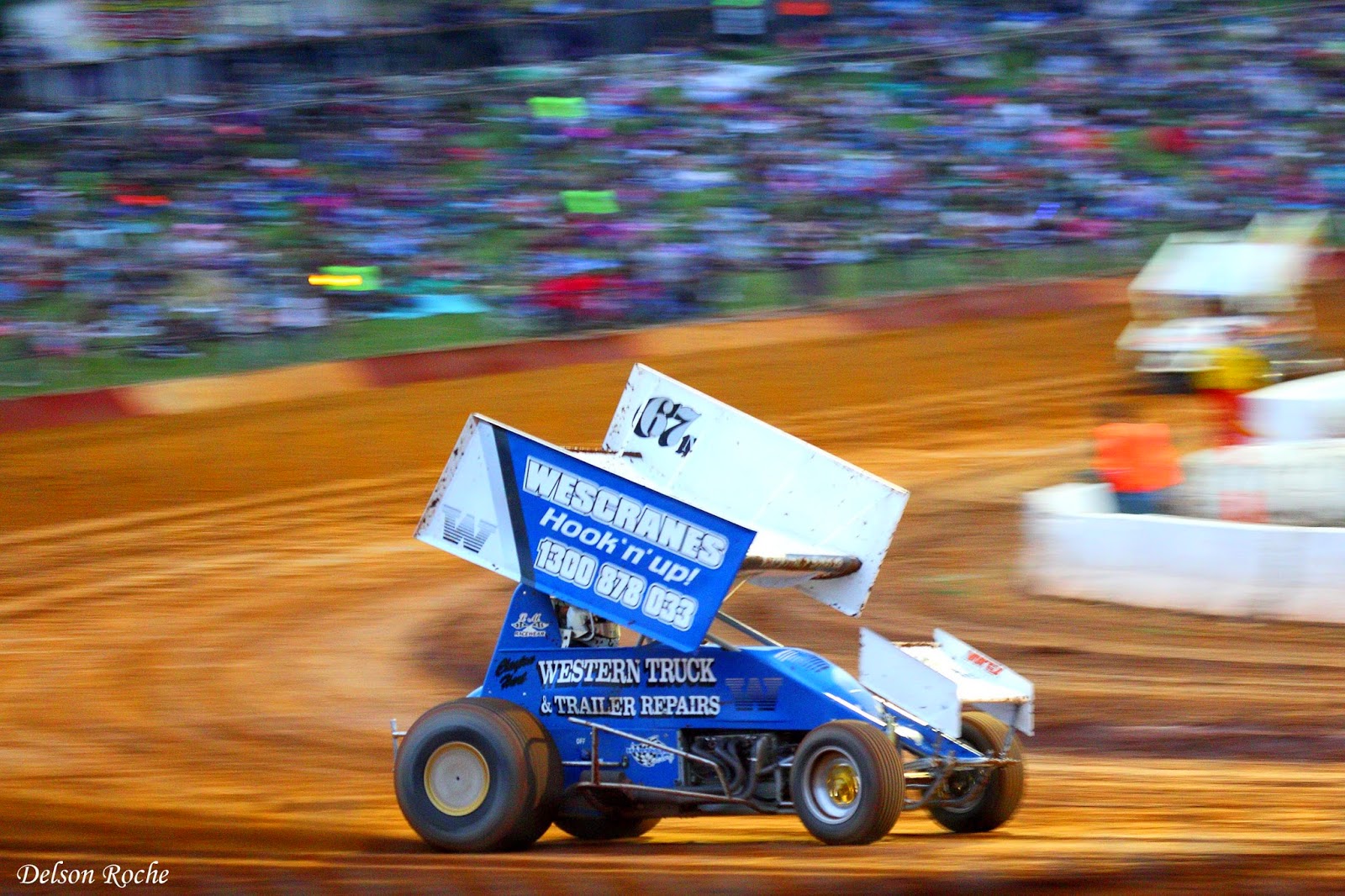 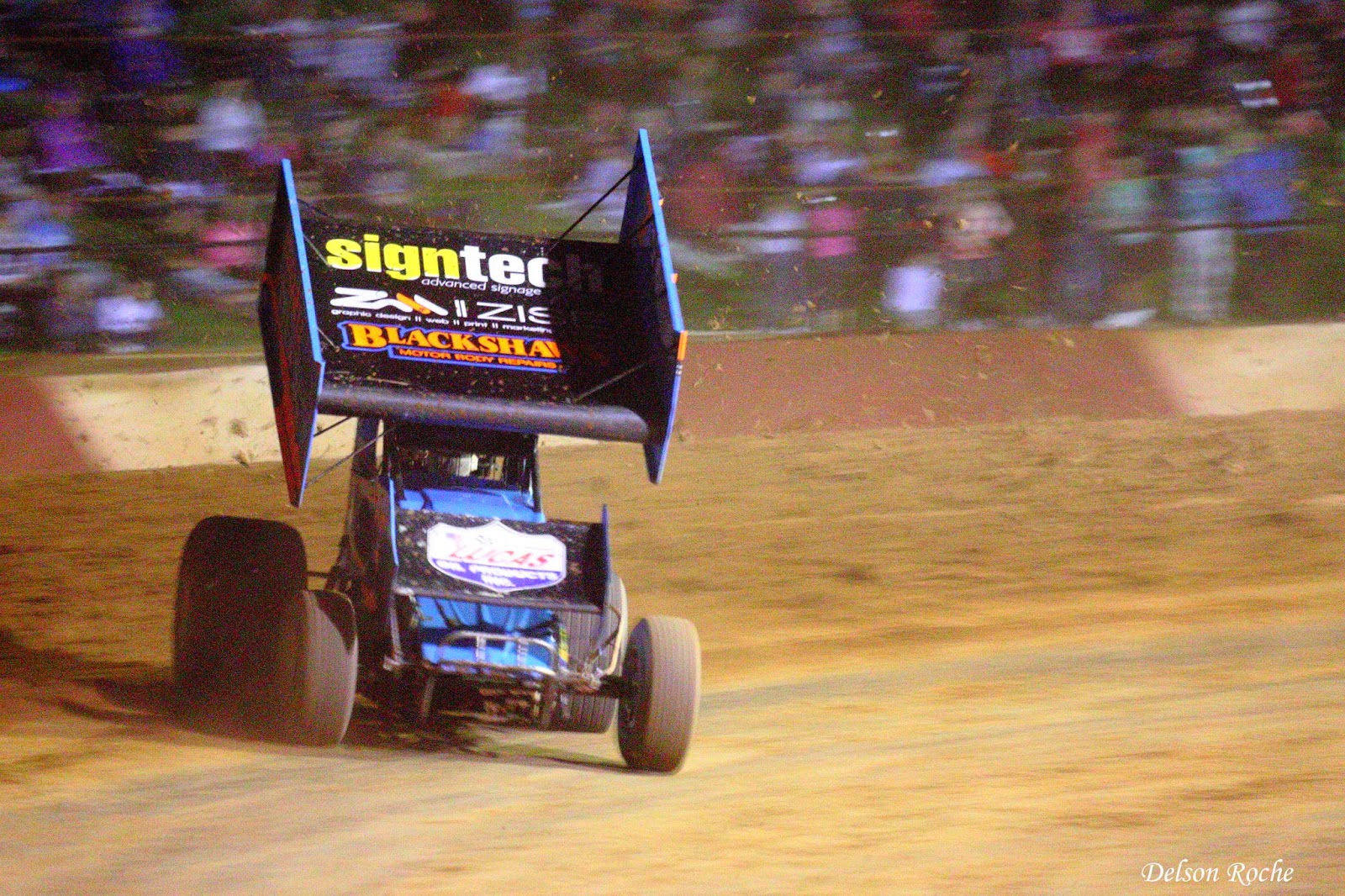 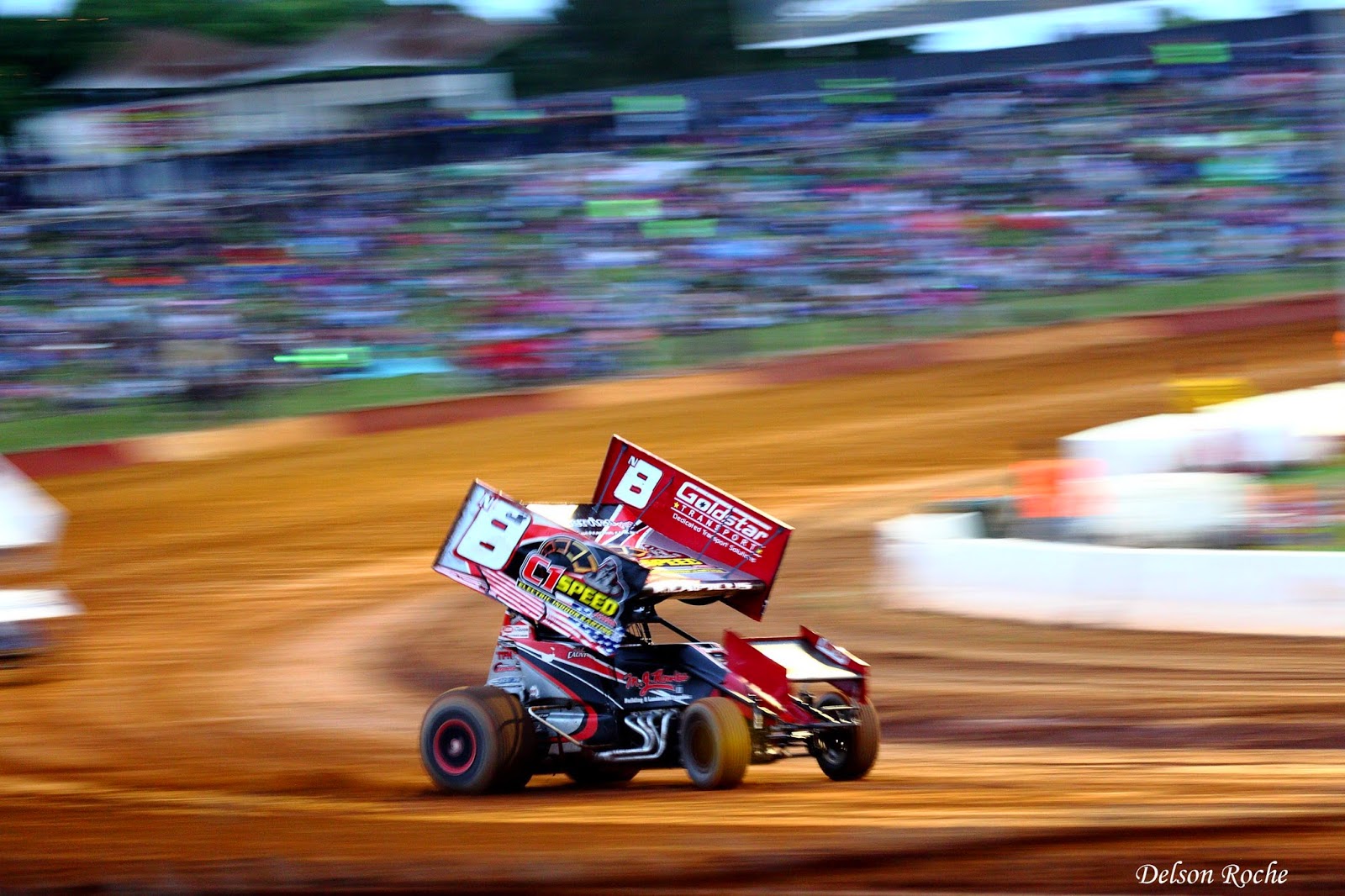 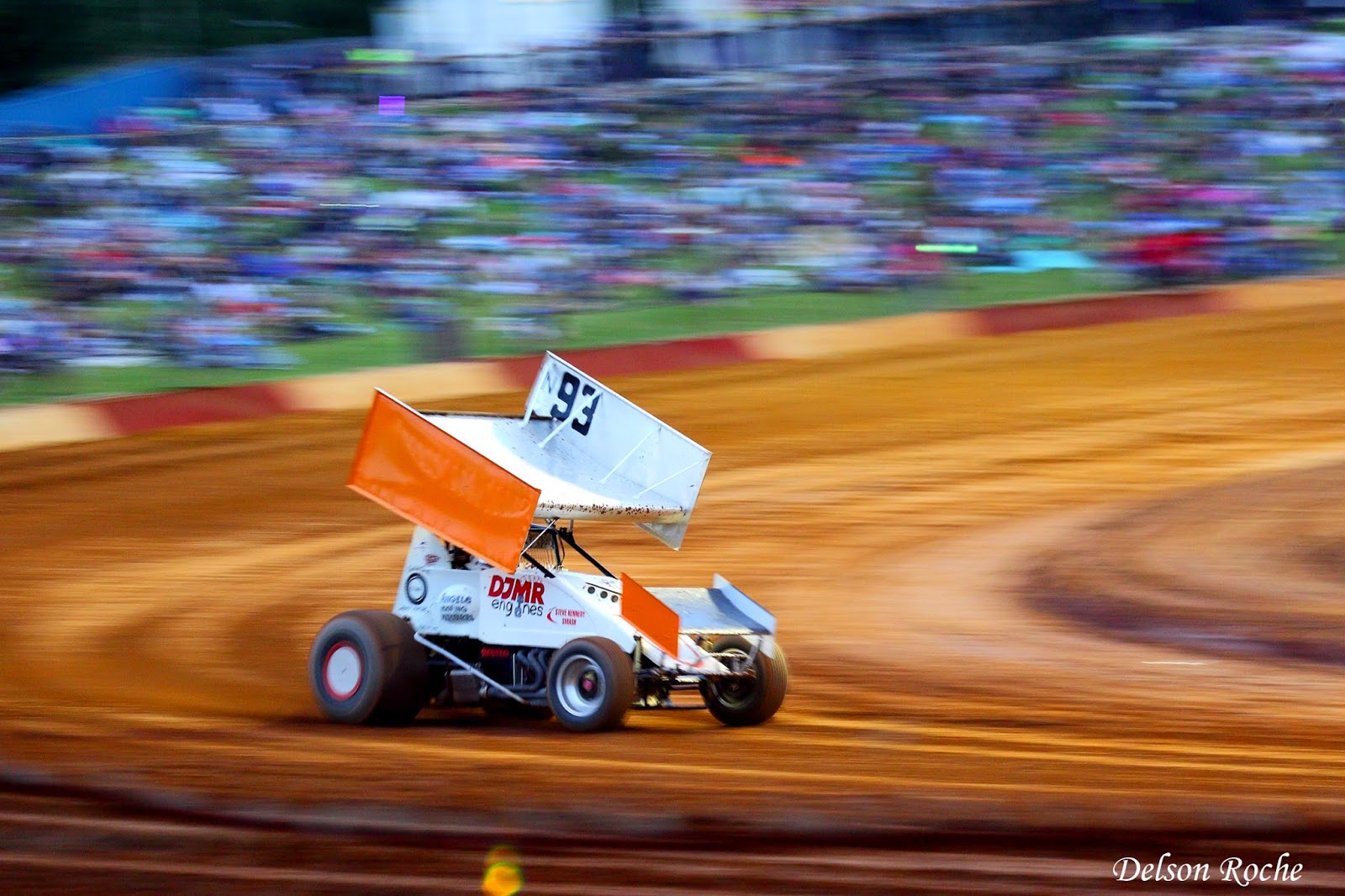 The sprint car racing. - These cars with their 6.5 liter engine can easily touch 200kms/hr. To get a image like this with blurred background- it took a lot of trial and error. I chose a car that was best placed. The camera focus was selected on center, single point. I kept trying to track the advertisement on the cars- which provide good contrast. The camera was kept for multiple exposures and AI servo focusing mode. Not all attempts were successful; but the more I tried the more usable Images I got.
No comments: 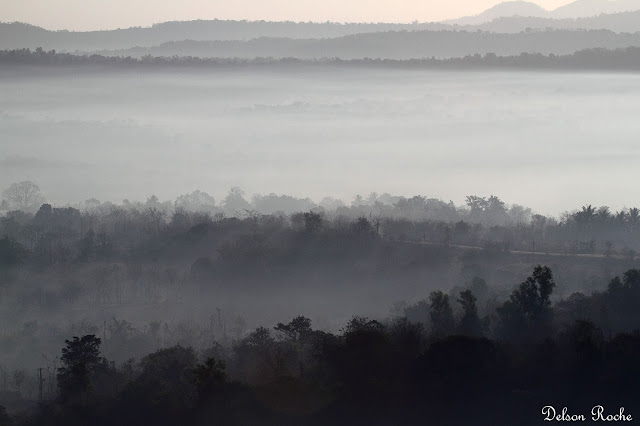 Although the NH17 is  undulating and curvaceous, the lush green Western Ghats make up for all the discomfort. A small part of the highway can be seen in the upper photograph. 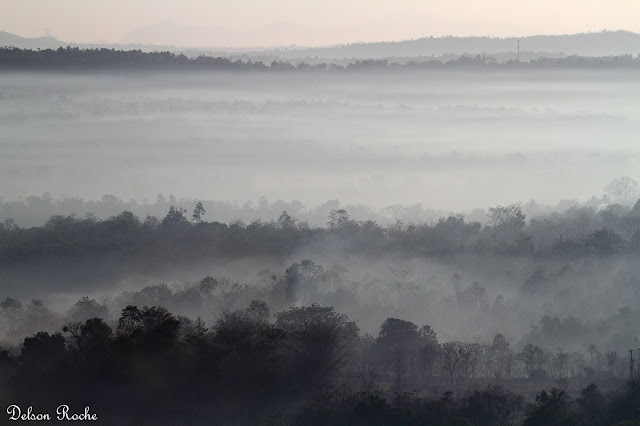 I had a 100-400 mm lens attached to photograph any wildlife, if it came across. But when scenes like this dot a long stretch of drive, it is quite cumbersome to keep changing glasses. Hence got these landscapes on a 100 mm F/L, which also helped me eliminate some distracting foreground branches and leaves.
1 comment:

Urea being used on Paddy 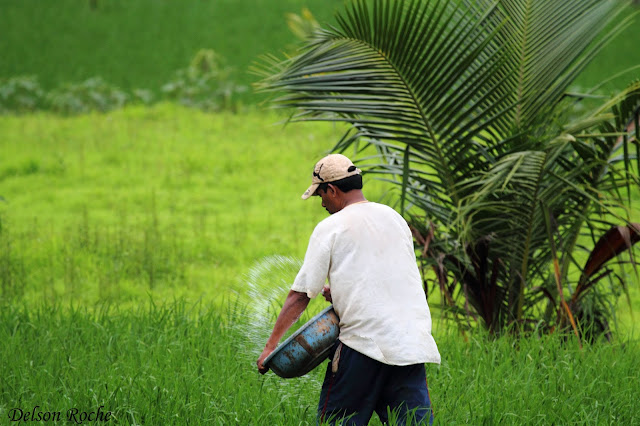 Urea is known to make fields barren. Urea destroys the humus in the soil and makes the soil compact. It also interferes with the beneficial microbes in the soil, and destroys their colonies, thus destroying not only the composition of the soil but also the texture of the soil.
In the short run, urea does increase crop yield, however in the long run,  as the years roll on, the crop demands an increasing quantity of urea to sustain this yield.  Finally, urea destroys the soil ecosystem and makes the land unviable.
On a paddy field in front of our house, I sat and watched this farmer spread urea on his crop, wondering how long will this greenery last. 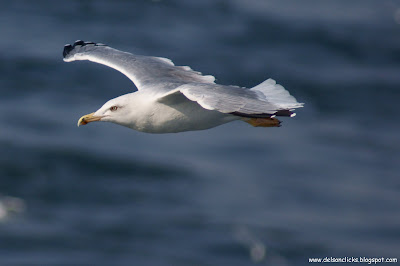 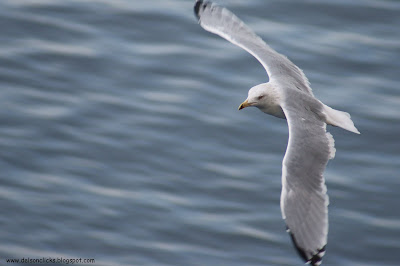 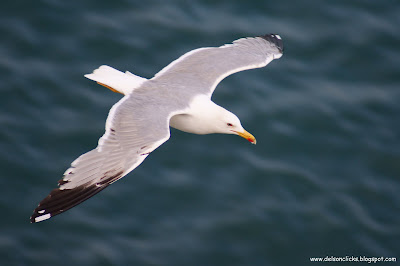 Its been a long time since I last posted  and I will start regular postings again. During this long hiatus, I have undergone a small metamorphosis myself. As far as photography is concerned, I got myself a new camera, a few lenses and a tripod. My Sony A350, which was my work horse all these years, was clearly not long enough for wildlife. Like a said a few months ago, since Sony have not been kind enough for wildlife photographers, when it comes to gears, I finally knocked the doors of Canon. Hence forth will be using both my Sony and Canon gear, and slowly will let the Sony slip into oblivion.
When it comes to my other blogs, I have finally decided to merge all the other blogs with Photo Journal .

Today's Photos  features some pics I clicked off Greece when onboard.
Have a nice day
No comments: 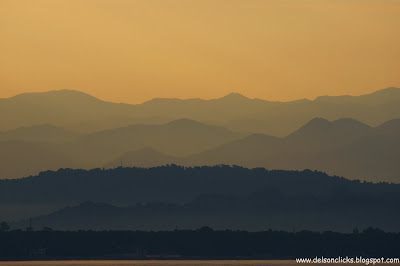 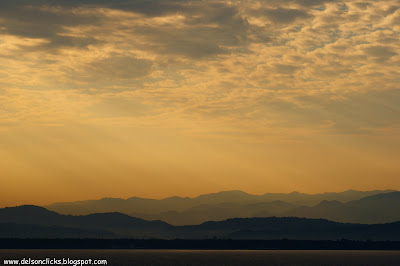 Hills at different distances create various shades of blues. Photographed off Supsa in Georgia. The scene was so beautiful that I hardly had to do any thinking. Just aim the camera, keep the horizon straight and click. Nature can brig in such peace and composure within.
9 comments: 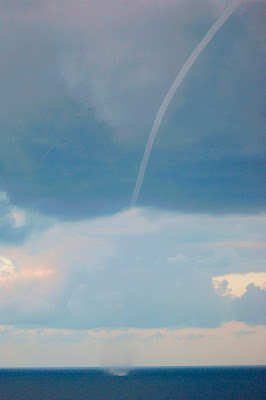 A small tornado at sea, that's what is a waterspout. The massive column of the waterspout is actually composed of water droplets that are spinning at very high speed; as fast as 200 km/sec.
The ones in the Florida Keys are pretty well documented, photographed and are a regular in occurrence. This was on the Mediterranean sea, on 24th October 2009, about 1 Mile from my ship, around 7 AM in the morning. It was hard to spot the nearly transparent water column, but we managed to track it with the disturbance it created on the water surface.
The water in a waterspout is mostly confined to its lower portion, and may be either salt spray drawn up by the sea surface, or freshwater resulting from condensation due to the lowered pressure in the center of the vortex creating the spout. The air in waterspouts may rotate clockwise or counterclockwise,depending on the manner of formation. They are found
most frequently in tropical regions and sometimes in higher latitudes too.
Photo details: Lens: 75mm , f/4.5 , 1/320 sec, ISO- 400, Manual Focus (Since the contrast is poor, the camera was unable to autofocus on the waterspout and was seeking the clouds in the background)
7 comments:

One Evening at Aspropyrgos 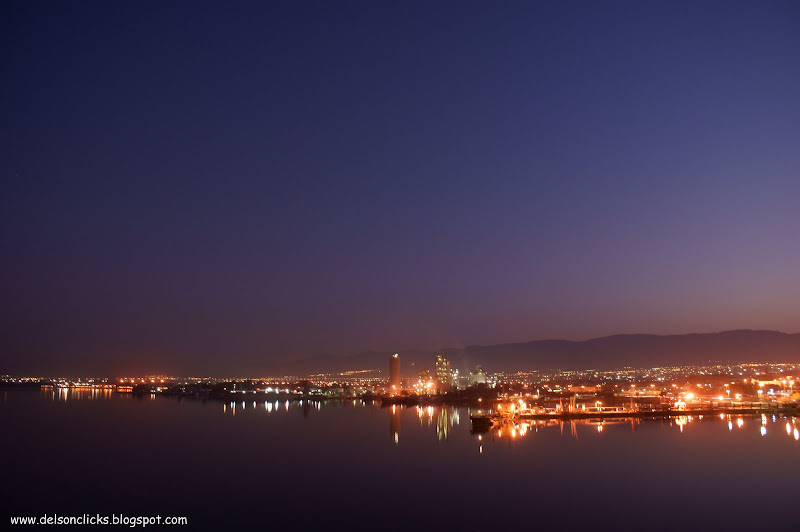 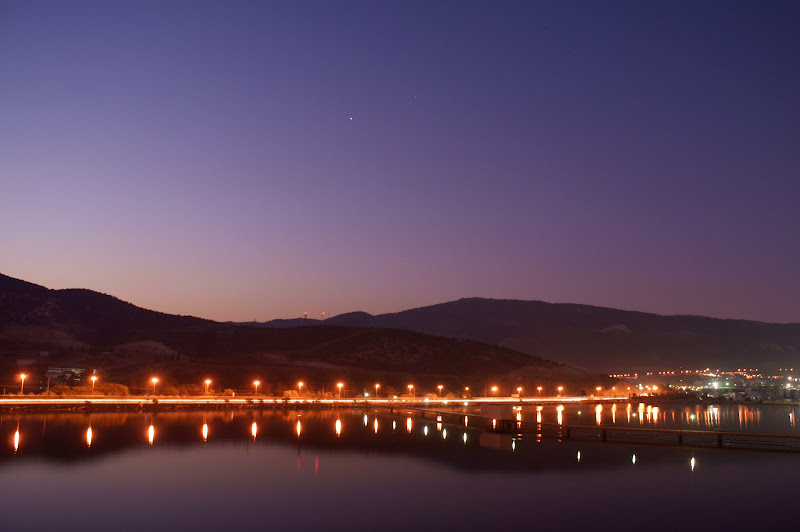 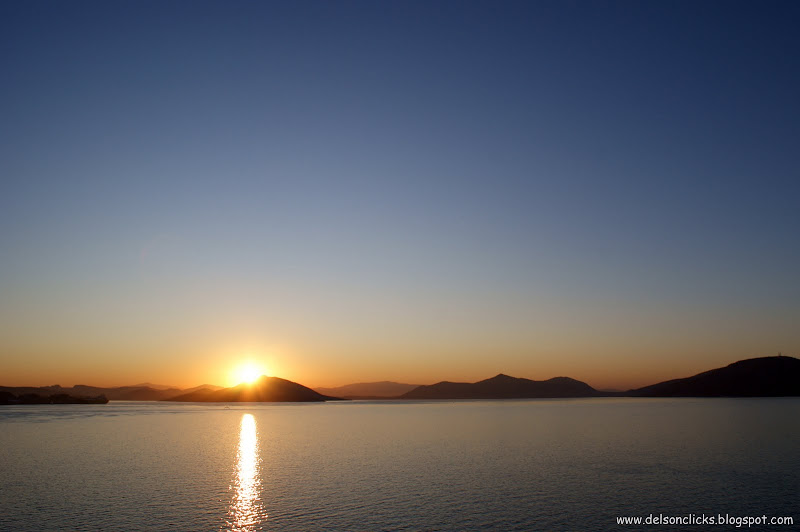 On my Post on Friendly Animals I said that its not possible to use a tripod on board a ship because of the engine vibrations, but there are exceptions to it, like in here when my ship was at port in the beautiful suburb of Aspropyrgos in Greece. We were alongside in calm waters of the port with engines stopped. It was one of those rare instances when I could use a tripod, and I did use it to get a few twilight photographs. The sun has barely set off the horizon and lights were just coming on.Timing was crucial here as the bluish sky lasted for about 2 to 3 minutes only. A little later the sky would have become darker or a little earlier the lights could not be exposed well. The tiny stars in the second photo are probably Venus and Jupiter if my memory serves me right.
The photograph was exposed by one stop more than what the camera recommended. Inspite of placing the camera on a tripod and using a remore release the 8 second exposure on the second photograph has caused a slith blur. This is due to the miniscule vibrations of the ships generators. But this gives the image a soft look and I liked it a lot.
2 comments: